The Morgan 3 Wheeler is an iconic vehicle, a modern interpretation of the original Morgan 3 Wheeler from the 1920’s and 1930’s.  The factory offered numerous customisation options on build, but very little in the way of performance or reliability enhancement.  Performance Projects therefore developed a range of products, thus launching and developing Garage 56 Ltd (www.garage56.co.uk).  Garage 56 is now established as a world leading brand for high quality, performance enhancing products, with its range including lightweight bodywork, powertrain components for both performance and reliability, and usability enhancements.

The development of the Stage 1 kit typifies Performance Projects capability.  It had been noted that the quoted power of the engine was lower on the production items than had been quoted in the original prototypes.  With some performance potential and no factory improvement kits available, a commercial opportunity to develop a ‘Stage 1’ kit was identified.

Performance Projects was commissioned to undertake an investigation, and identified the exhaust system as the cause of the performance shortfall.  A revised design of exhaust, utilising a straight through absorption concept, was developed, with similar noise levels to the standard item being a key requirement.    Improved vibration isolation was also developed, to solve reliability problems experienced. A new carbon fibre air filter housing allowed the filter to breathe better, giving more engine power.

The hardware was developed on a rolling road, showing impressive performance gains of 20% increase in torque and 15% in power. At the same time, ECU mapping was also verified. Performance Projects undertook the project from the initial identification of the performance shortfall and potential increase, through design and testing, to organising batch production. 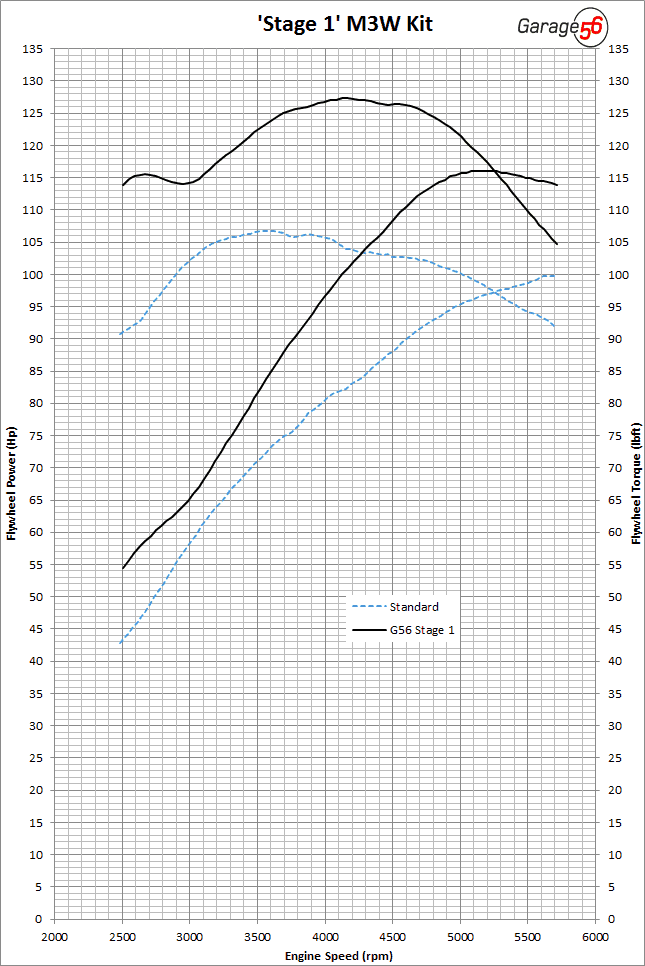