Blackburne had an excellent reputation in the 1920’s and 1930’s for high performance engines, more than a match to J.A.P.’s engines, fitted to many race winning motorbikes and Morgan 3 Wheelers. In the past, their popularity resulted in many Morgan 3 Wheelers having their engines taken for use in motorbikes. There is now a demand for replacement engines for those Morgans.
Performance Projects were approached to design an all new engine block assembly, the block would be specifically for the Morgan 3 Wheeler. The angle between the cylinders was opened up by 10˚, to 55˚: the extra 10˚ over standard allowing for a single carburettor to be elegantly installed between the cylinder heads.
The four gear driven camshafts are carefully positioned so that correct valve timing is achieved using standard camshafts readily available for the 45˚ engine. The low volume production runs mean that machining from solid is appropriate: again, a lot of consideration went into the design so that the bulk of the machining time is on less expensive milling machines. The main casings then undergo a stress relieving heat treatment process, followed by final machining of the last handful of critical features on more accurate but more expensive machines.
The crankcase has been designed to mimic the styling of early twentieth century engines, not just in their shape but also in the deliberately exposed plumbing of some of the oil system.
The engine blocks are now available from Blackburne: www.blackburneengines.com. 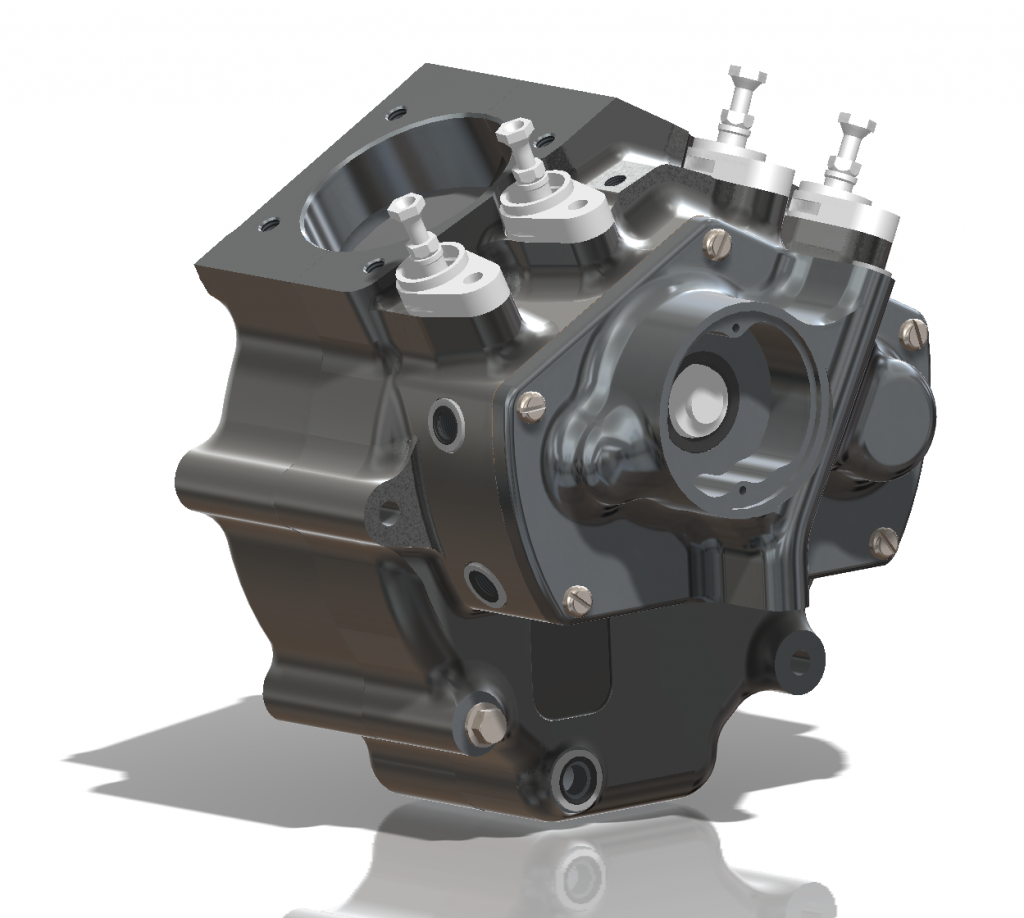